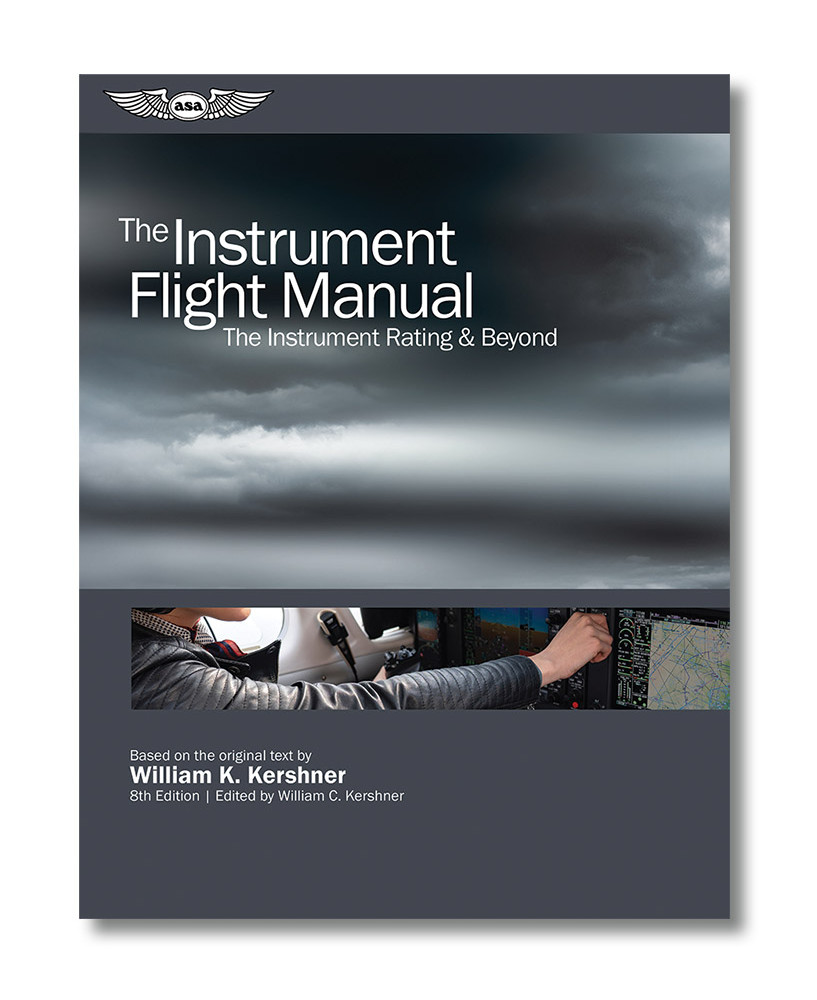 The Instrument Rating and Beyond

The Instrument Flight Manual contains everything students need to know to obtain an FAA instrument rating and serves as a great reference source for the instrument pilot needing a refresher. In this Eighth Edition, author William K. Kershner, presents the basics of instrument flying in a manner easy to grasp in its straightforward and conversational writing style, with illustrations that aid understanding. Covered subjects include airplane performance and basic instrument flying, navigation and communications, clearances, planning IFR flight, and carrying out the instrument flight itself from preflight, takeoff and departure, en route, through to the approach and landing phases.

This book also helps prepare students for the knowledge and practical tests, with an opportunity to practice a scenario flight—including clearances. A comprehensive “Instrument Rating Syllabus” is provided for the instrument trainee and the CFII, making this textbook a valuable learning source for both to consult while completing the last steps toward obtaining the instrument rating.

With over six decades of experience as pilot-in-command in more than 100 types and models of airplanes, Bill Kershner was FAA/General Aviation Flight Instructor of the Year in 1992, and named Elder Statesman of Aviation in 1997. He was inducted into the Flight Instructor Hall of Fame in 1998. His son, William C. Kershner, was soloed by his father, and holds Commercial, Flight Instructor and Airline Transport Pilot certificates. He has flown 22 types of airplanes in his over 15,000 hours of flight time, ranging from Cessna 150s to Boeing 777s.